Legacy of the Dragonborn
Start a Wiki 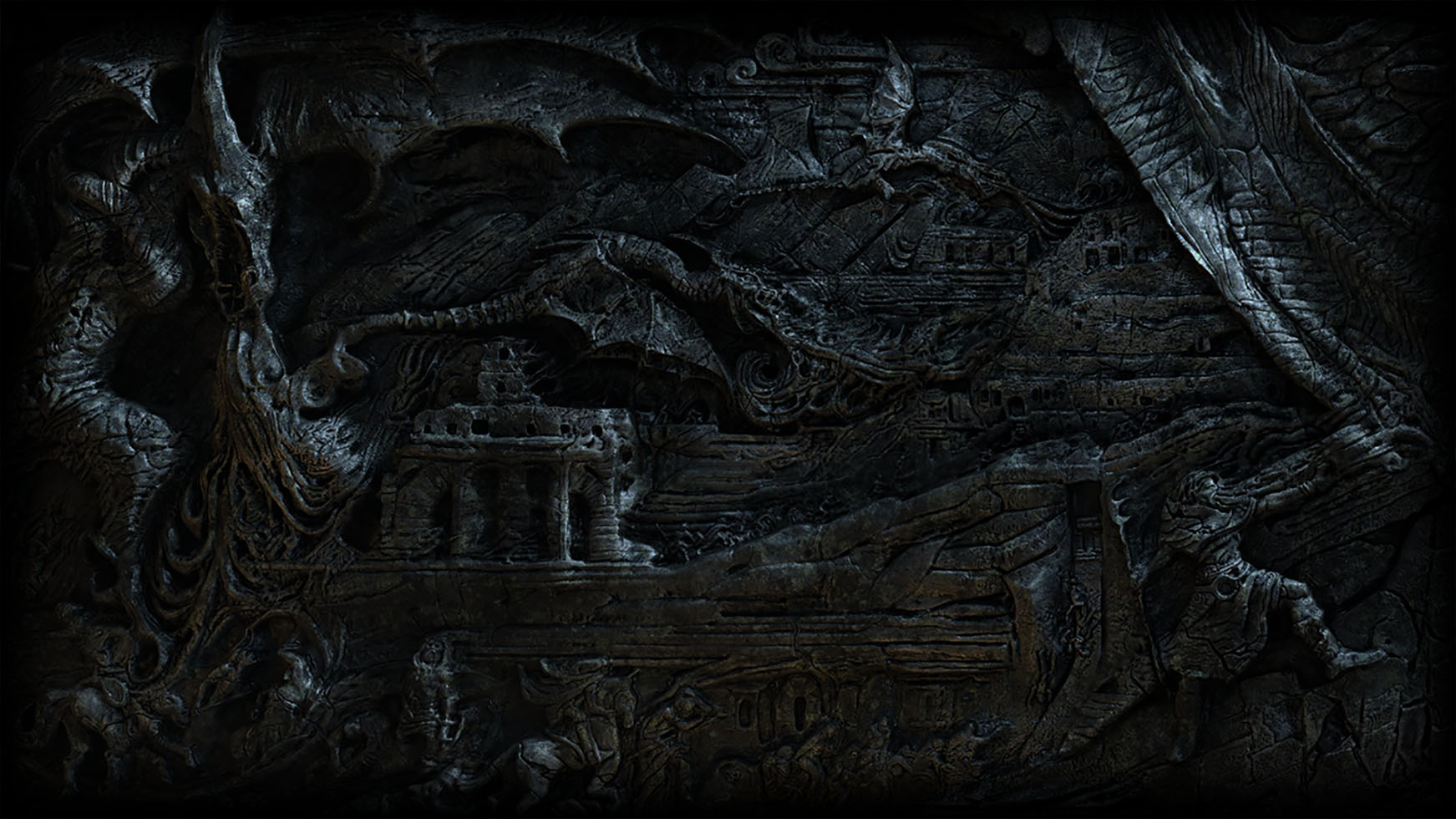 What's on your mind?

I'll try to make this as short as possible. I'm playing a modded playthrough with my girlfriend and some displays are not showing for me or for her. It's easy to overcome this issue in the armory by interacting with the museus storage. I open and close it, she does the same, the contets adds up and it sorts them again. Easy as that. But it doesn't apply to the other displays. We tried doing the same with the museum safe. We did not take or put anything directly in. We just checked the contents and everything was there. We did the same as we did in the armory, but that doesn't start another sorting. Is there a way to overcome this? I was thinking about taking everything from the safe and then autosort it with the prep station, but i'm not taking any risk without asking for help first.

I'm trying to follow the Tools of the Trade and when I get to the quest marker for Arkayn's Tool Bag, there is nothing there.

Are there any known conflicts with other mods that replace the backpack skin?

I've tried the player.AddItem command using the item ID (plus load order number) but it comes back with an "item does not exist" error.

So i got the badgremlins optional pack of four files AND the fossil mining mods on nexus. However, neither of them are showing up in the natural science hall. I know there's supposed to be a room for the fossils and a display for the fairies, but its just the vanilla room. cant add anything to the fish tank. I've been trying to figure this out for days with new save files (using alternate life starting with property in solitude). I also have the creation club patch. I literally don't know what to do at this point.

So I'm playing on the SSE version of LOTDB and I'm looking for all of the Relics of the Crusader. I've managed to find the Helm, Boots, Mace, Sword, Gauntlets, and Shield but I can't seem to find the Armor. It says in the note that the Gauntlets and the Armor are both in Tolvald's Cave but I've cleared the dungeon and I only found the chest with the Gauntlets in it, am I just missing it or are they in another location? I'd really appreciate any help.

The vokun mask is depositing itself back into my inventory when I place it into the masks chest. Any idea how to fix this?

Ex. the messages you get from alternate start when you interact with door or bed

All of these messages turn up blank when I have more than 150 plugins, not including light plugins.

Does anyone know if Warzones is compatible with a full Legacy of the Dragonborn load order?

Can't talk to the Khajiit fella outside the guild at the start of "It Belongs in a Museum." Anyone have any ideas to work around this? I can set the stage manually to complete the quest, but then I don't get to see what happens and I am decently sure that will screw over something I should do or have.

It Belongs in a Museum (Special Edition)

Any mods that MUST (everyone recommends) be played with LOTD? i didnt download the mod yet

I just finished the shattered legacy questline and recieved the visage heavy armor set. I liked the set bonuses but the problem is that it looks too big on my character. I tried changing the meshes by changing a bunch of stuff in sseedit (im a moding newb so I dont really know what im doing). It kinda worked. I tried changing them using the mesh of a bodyslide compatible armor mod. The helmet worked. But other parts of the set remained the same on my character, it's the inventory model that changed and when i tried using the sorter, I just ctd everytime probably because the meshes I'm using is in some way incompatible with the script that places the armor in the display?

Are there a proper way to do it? Or even better, are there any mods or patch that provides a bodyslide mesh of the visage set? I liked the armor. Too bad it just doesnt look good on my character as it is too big.

The journal of Malrus is not discoverable. It's not on his body or in his knapsack.

It's not an item with a hex code, either. Without the journal, the quest can't start.

Any help would be appreciated!

I know this is a longshot because I am playing an older version, but i have run into a problem that I cant seem to find a fix for. i am at the part in the first quest in which you must retrieve the boots of the daerdric lord, however whenever i press E to pick them up, nothing happens. I can pick up other museum items fine, but not this one for some reason. Any suggestions?

Trying to build the Sahrotaar display, but it keeps telling me I need its materials even though I have them in my inventory. Is there any way to fix this?

The Ice Blade of the Monarch page is messed up for me. Does anyone else have this problem?

So the migration to the new wiki software is complete. But newer isn't always better...

First of all, I'm strictly using the source editor, and the sidebar is missing. Categorys appear as source code on the page and have to be added as such. Only improvement I'm seeing is that you can upload images directly without having to go to the Special:Upload page.

Second, the new software completely f*"§$s up the layout of some pages when using tabview. I'm currently editing the Fossil Mining Room pages. The Museum Gallery template looks very strange, and the old wiki spoiler template doesn't work at all.

EDIT: Ok, had a look at Fandom's Tabview help page and found that the code will be discontinued. Instead the Tabber code should be used. I see a lot of work coming...

I have Apophysis and Konarik's installed with the patches from Patch Central, yet Vokun seems to not be displayed correctly. It is below the display and in the wall. I have tried manually placing, and using the auto display function with the same result.

SPOILERS for those who haven't reached this quest yet

I hated it for several reasons:

A) It completely breaks my immersion to see all the weapons and armors that I never got suddenly show up. I don't wanna see all the dragon priest masks in their displays when I haven't yet defeated a single one of them, and same goes for every single display.

B) As a low level character who had completed the gallery of natural science because the materials are pretty easy to find throughout the world, there was no way I could finish the quest without console commands. Whenever I walked into the room, the Mammoth and Giant just pinned me to the door and killed me in 2 seconds. Not fun having to cheat.

C) I, like I assume many others do, return to the museum to store all my stuff. Sometimes I'm overencumbered when I return. This was one of those times. It's not fun having to keep using Longstride (from Apocalypse - Magic of Skyrim mod) just to be able to walk until my magicka runs out, then wait for it to refill, and keep doing that over and over again.

D) The sound. Why are the "jumpscare" shrieks so, so loud compared to everything else in the game? I had to turn down the volume, not because it was scary, but because it genuinely hurt my eardrums.

E) The quest markers. Why do they take so long to appear? I didn't notice the letter right by the bed when you wake up the second time, so I had to look all around the museum (again, overencumbered) for ages until I was finally told to go back to where I woke up. Same thing for the 2nd letter. After placing the ladder, the quest marker kept pointing to it, and my objective was still to place the ladder. So after looking for a bit and not finding anything on the cliffs (it's a small note wedged between the rocks), I jumped down because I thought maybe whatever I was looking for was by the water, and only then did I get a new quest marker pointing to the note.

F) I have to spend 4000 just to complete it? Again, as a low level character, that sucks. I don't care that this guy and his wife died. I shouldn't be forced to pay for it, especially if it's not something my character would do roleplay-wise.

I understand I'm probably exaggerating in some places, but the quest did annoy me quite a bit. I have been loving the rest of the mod so far though.

Night at the Museum
Guidelines

Help us grow Legacy of the Dragonborn 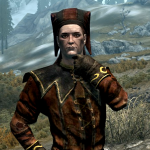 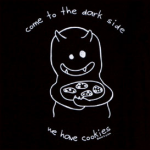 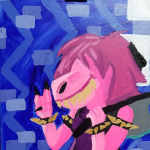 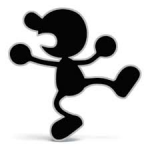 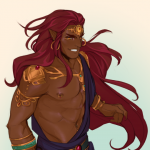 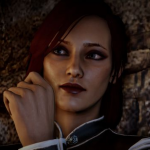 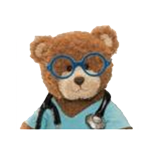